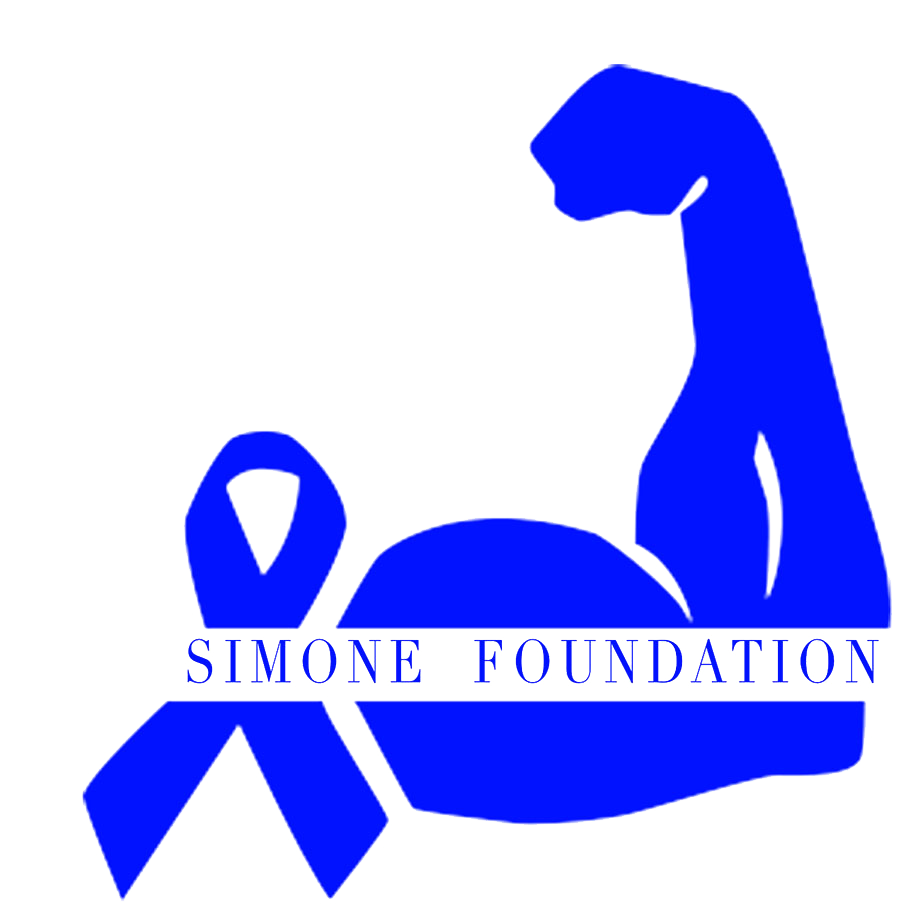 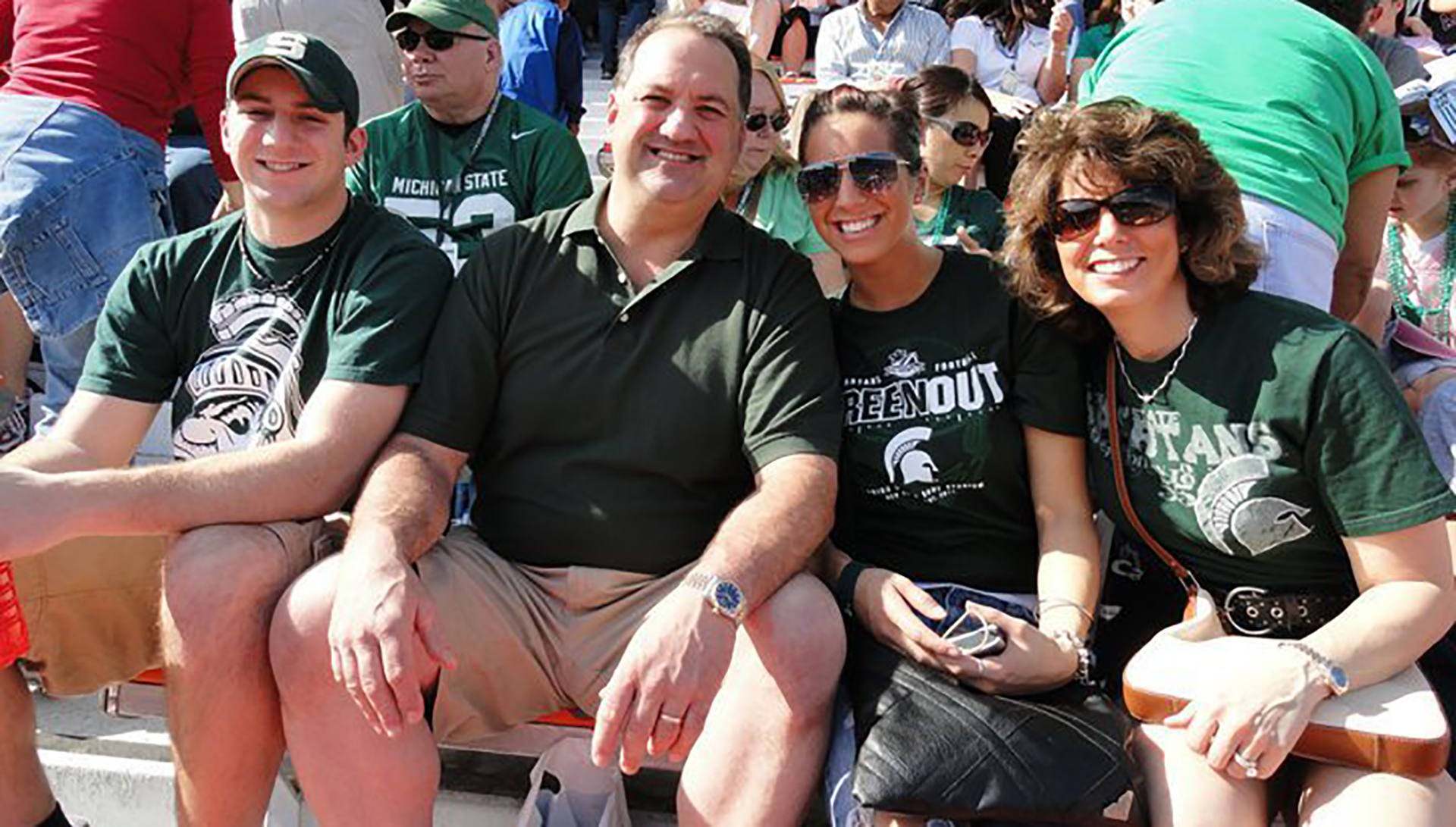 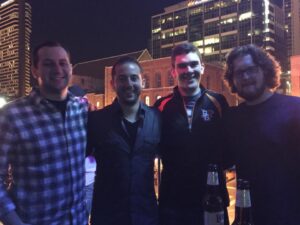 Michael was born and raised in Toledo, Ohio and enjoyed the same things most boys do growing up. He was active in sports, enjoyed spending time with his family and worked at the family business. Michael attended St. Francis De Sales High School where he played varsity hockey for three years. He went on to attend Bowling Green State University where he also played club hockey.

After college Michael worked at the family business until he found a fantastic job in Columbus as a medical recruiter at Medical Staffing Options. He moved to Columbus and flourished at work, being awarded out of state recruiter of the year in 2016 (while undergoing chemotherapy) and being promoted to senior recruiter late 2017. Michael made many lasting friendships and despite being a die-hard Spartan fan, loved Columbus.

In April 2016, Michael came home to participate in the annual Bowling Green Alumni hockey game. Unfortunately, he was unable to play in this game. Instead, Michael went to Flower Hospital in Sylvania, Ohio, and underwent emergency surgery for what was thought to be an intestinal blockage. However, after surgery he was diagnosed with Signet Ring Cell Cancer of the colon.

During surgery, doctors removed a tumor, two feet of his large intestine, and ten inches of his small intestine—in addition to his appendix and 33 lymph nodes, seven of which were cancerous. After receiving several second opinions and speaking with countless doctors about options for treatment, Michael was given a 75 percent chance of survival with chemotherapy. He went through 12 grueling sessions of FOLFOX chemotherapy over the course of six months, during which he never missed a day of work and even received awards for his accomplishments. Every CT scan, colonoscopy, and blood work came back normal. He looked to be the exception to this rare form of cancer.

That all changed on December 31, 2017. Michael was admitted in The James Cancer Center Hospital in Columbus, Ohio with stomach pains. The doctors thought he had a bowel obstruction due to irritated scar tissue from his first surgery that would cure itself with liquid diet and hospital rest. Fifteen days later, the irritation had not subsided, and doctors decided to operate.

Once in surgery, doctors discovered every square inch of Michael’s abdomen was covered in small tumors (carcinomatosis).   The tumors on the exterior of his organs were so powerful, they were creating a bowel obstruction by twisting his intestines. His cancer had returned, and this time there were no options for a cure. Michael was released from the hospital on January 19, 2018 and came back to his childhood home in Toledo. He died one week later on January 26, 2018, surrounded by family.

We will work until we FIND A CURE!

On September 18, 2021 we held our annual golf outing.  A great time was had by all.  A huge THANK YOU to all of the golfers, everyone who donated, Volunteers, and all of our hole sponsors.  We have donated $133,000.00 to University Hospital in Cleveland toward research of Signet Ring Cell Cancer of the Colon.

Please read the letters we received from the President of University Hospital and Dr. Sanford Markowitz 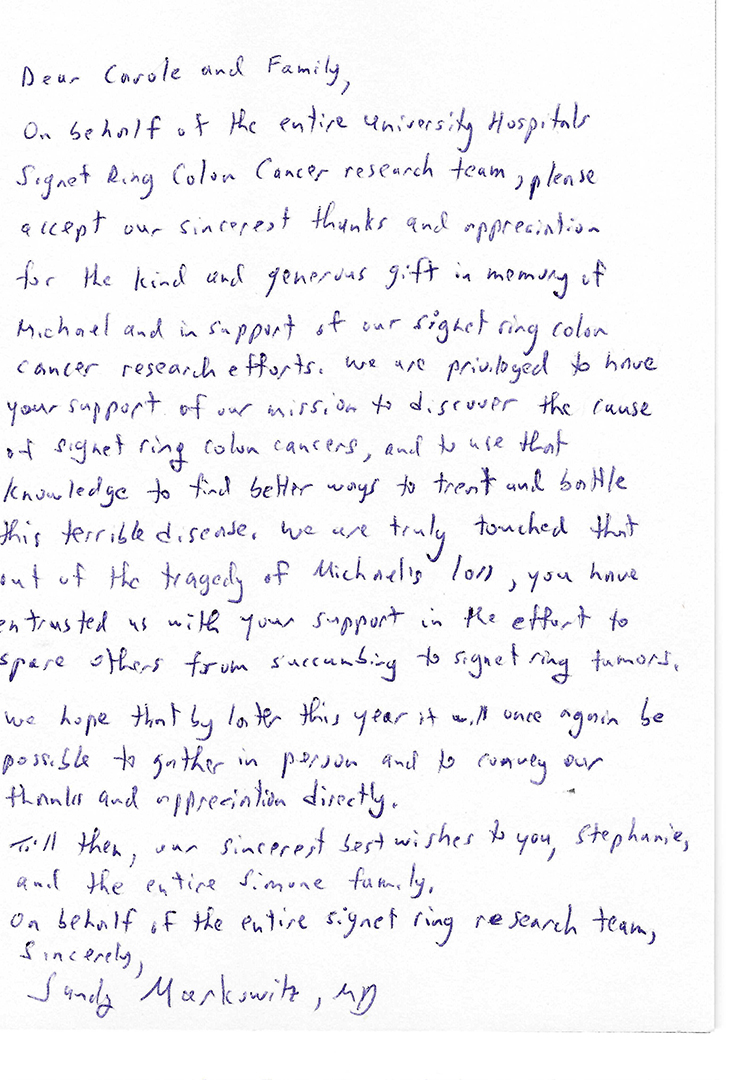